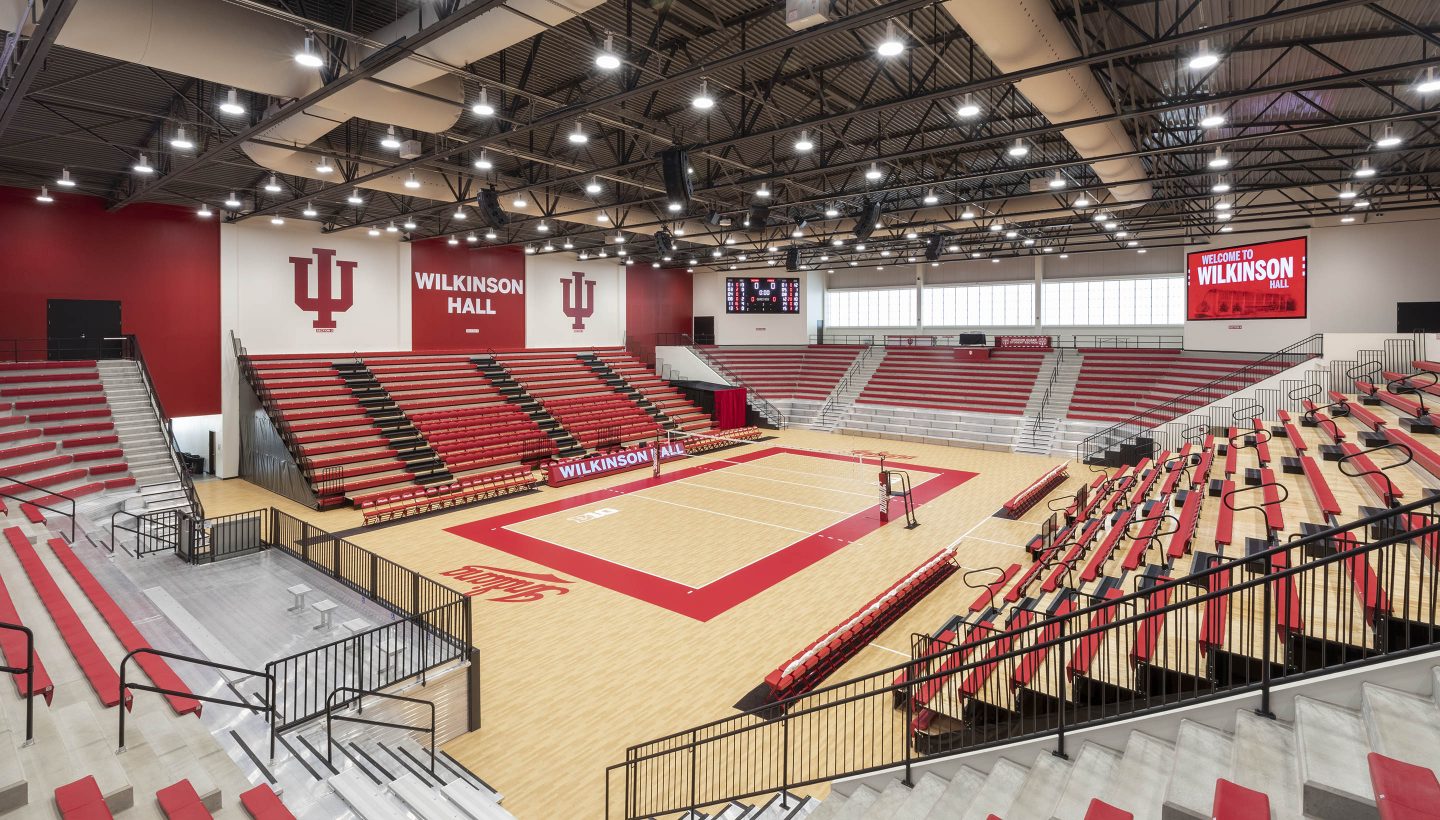 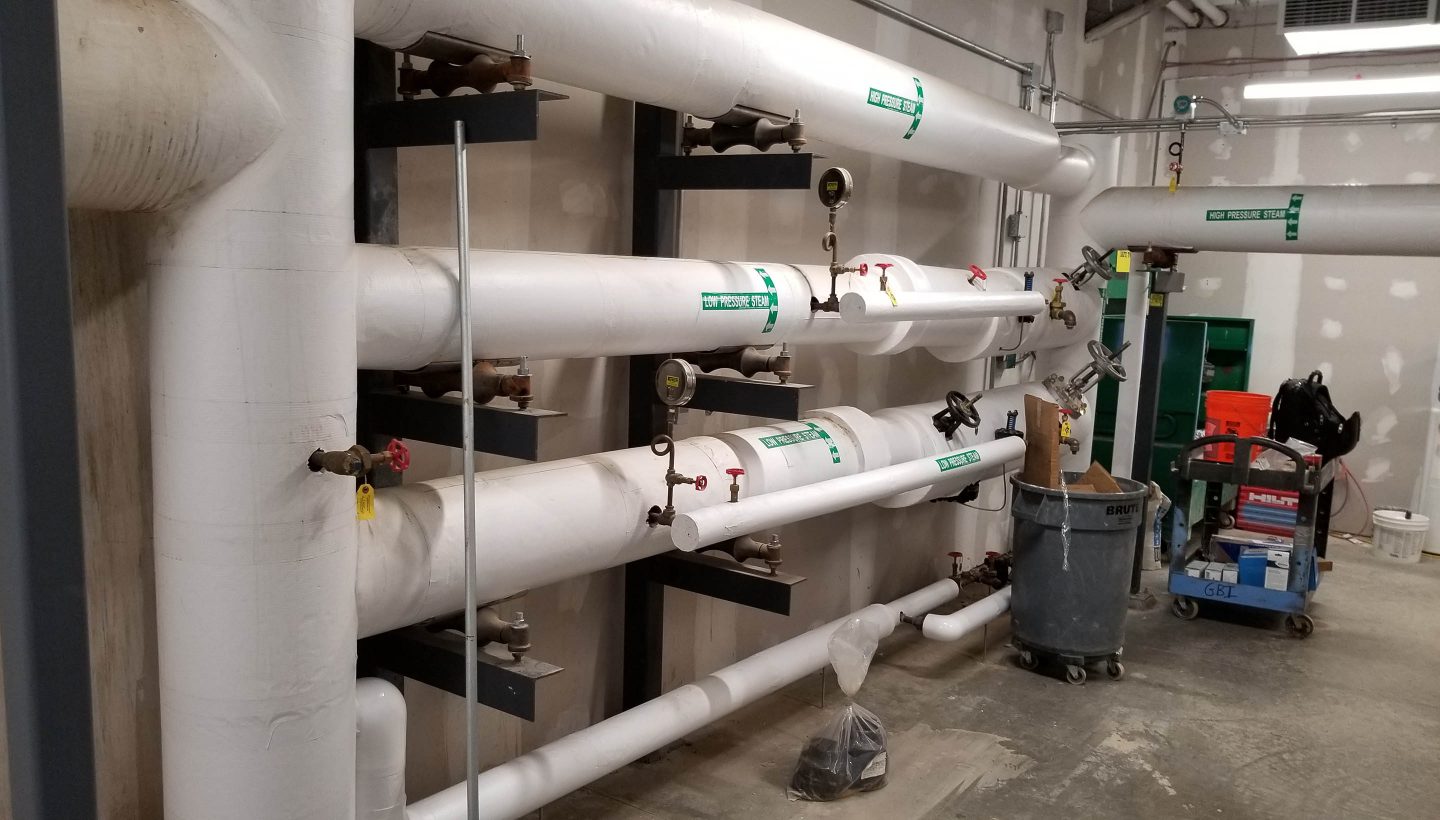 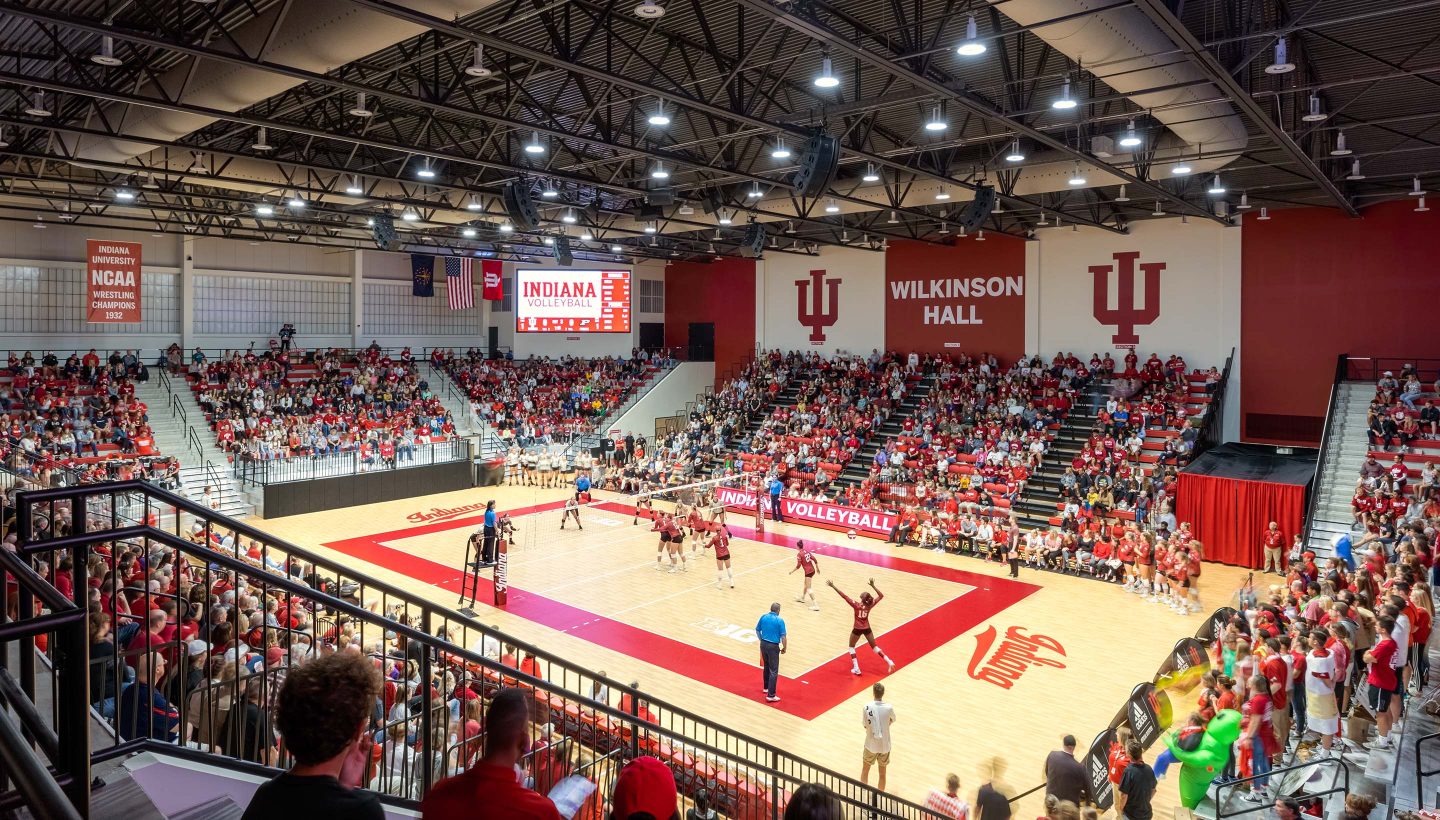 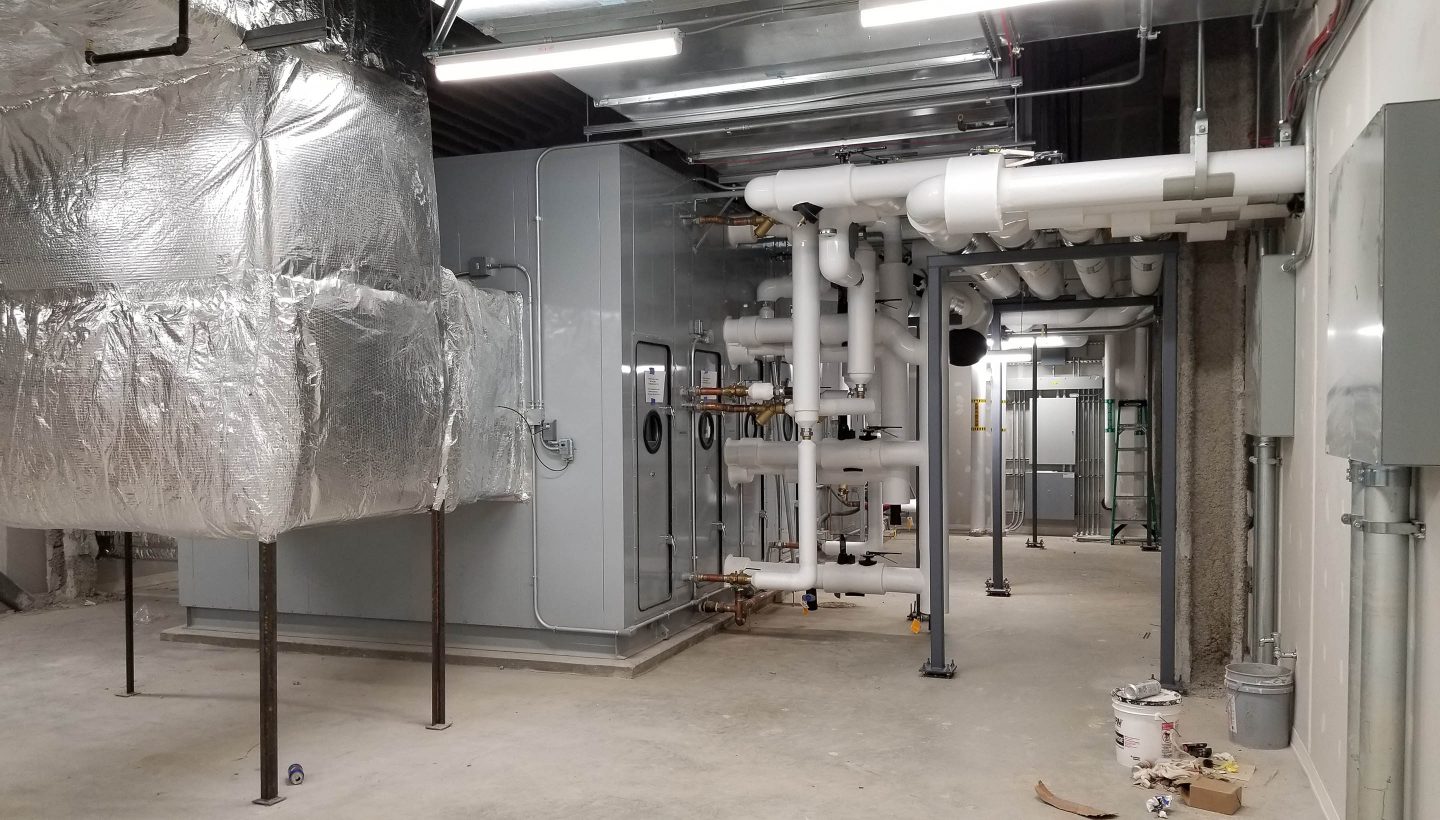 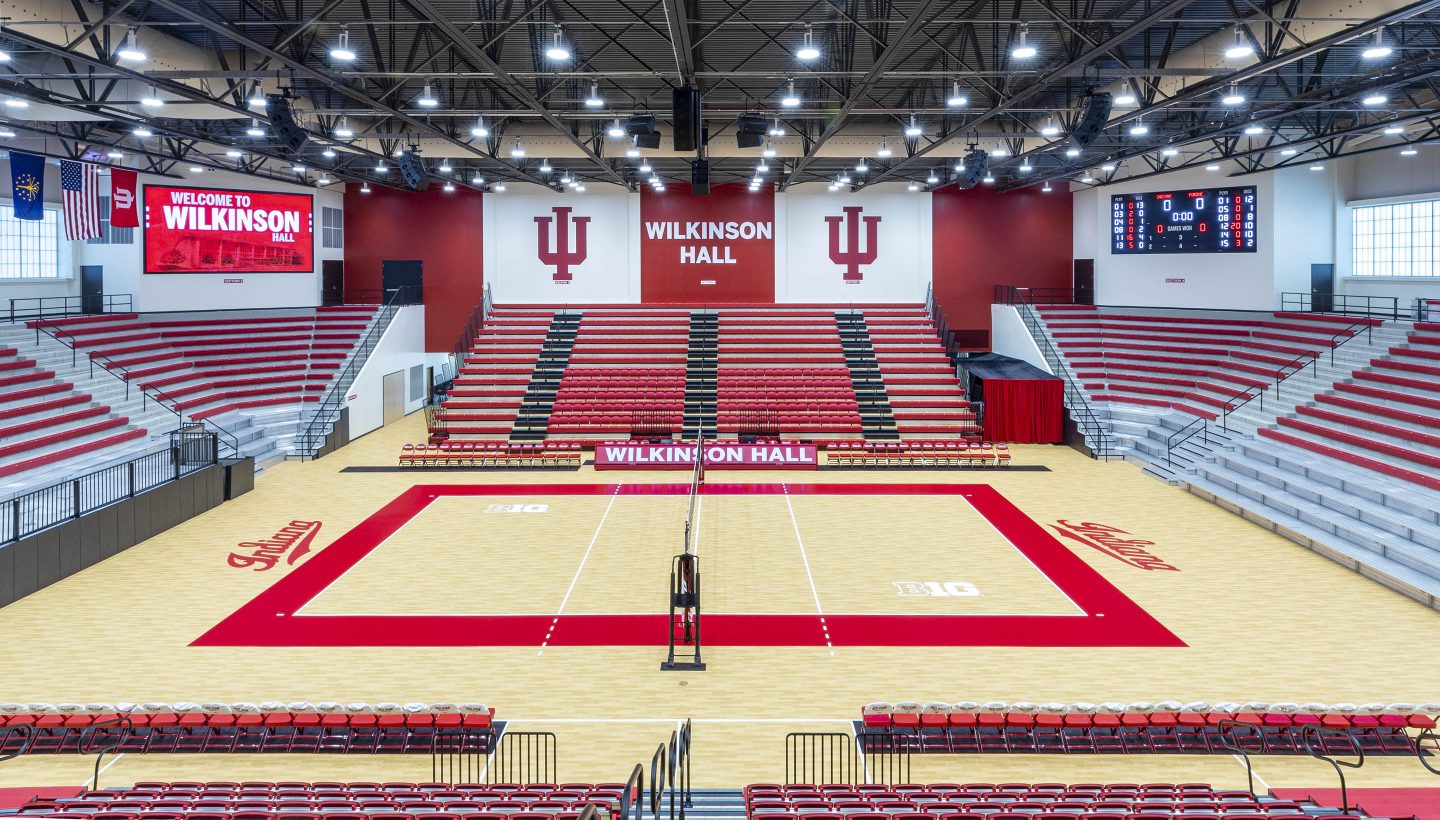 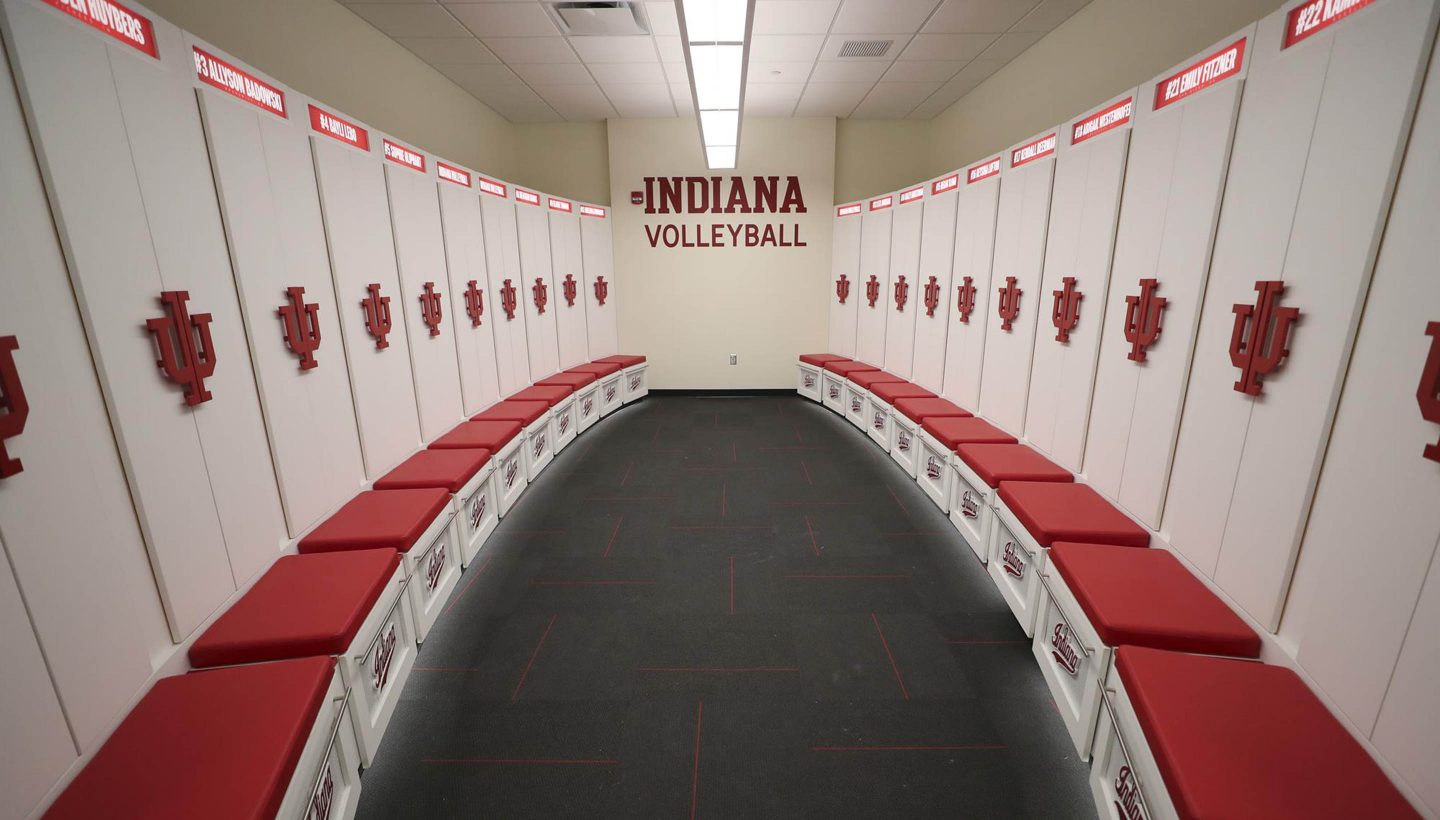 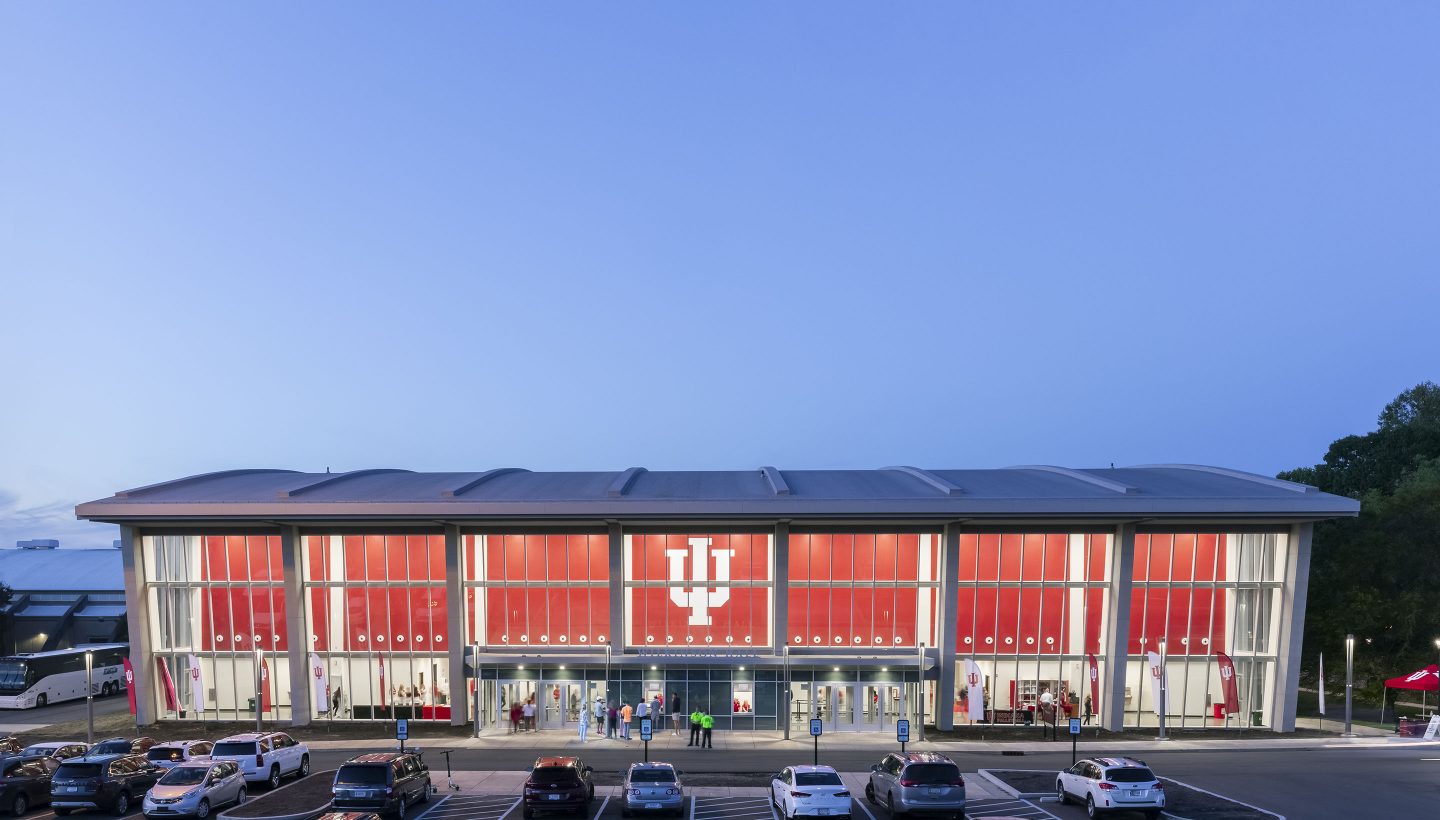 This new sports arena was constructed east of Cook Hall on the Bloomington campus. Applied engineered the mechanical and electrical site utilities along with the MEP systems for the building. The arena can be arranged for volleyball or wrestling, along with support spaces including a home locker room, visitor locker room, spectator restrooms, referee locker rooms, ticketing, vending, lobby, lounge, training, and storage.

The building systems included lighting systems and controls in the arena to comply with Big Ten Network standards for light levels during televised events. Campus chilled water was piped to AHUs for cooling, and campus steam was converted to domestic hot water and heating hot water and piped to AHUs for heating. Fabric duct was used in the arena for a cost savings measure. Single zone and multizone variable air volume systems were used throughout the building to maximize energy savings while maintaining the project budget. A special roof drainage system was coordinated with the architect to enhance the appearance of the unique curved roof. Air handling units were located in mezzanine spaces in the corners of the arena for improved serviceability without increasing building square footage and cost.