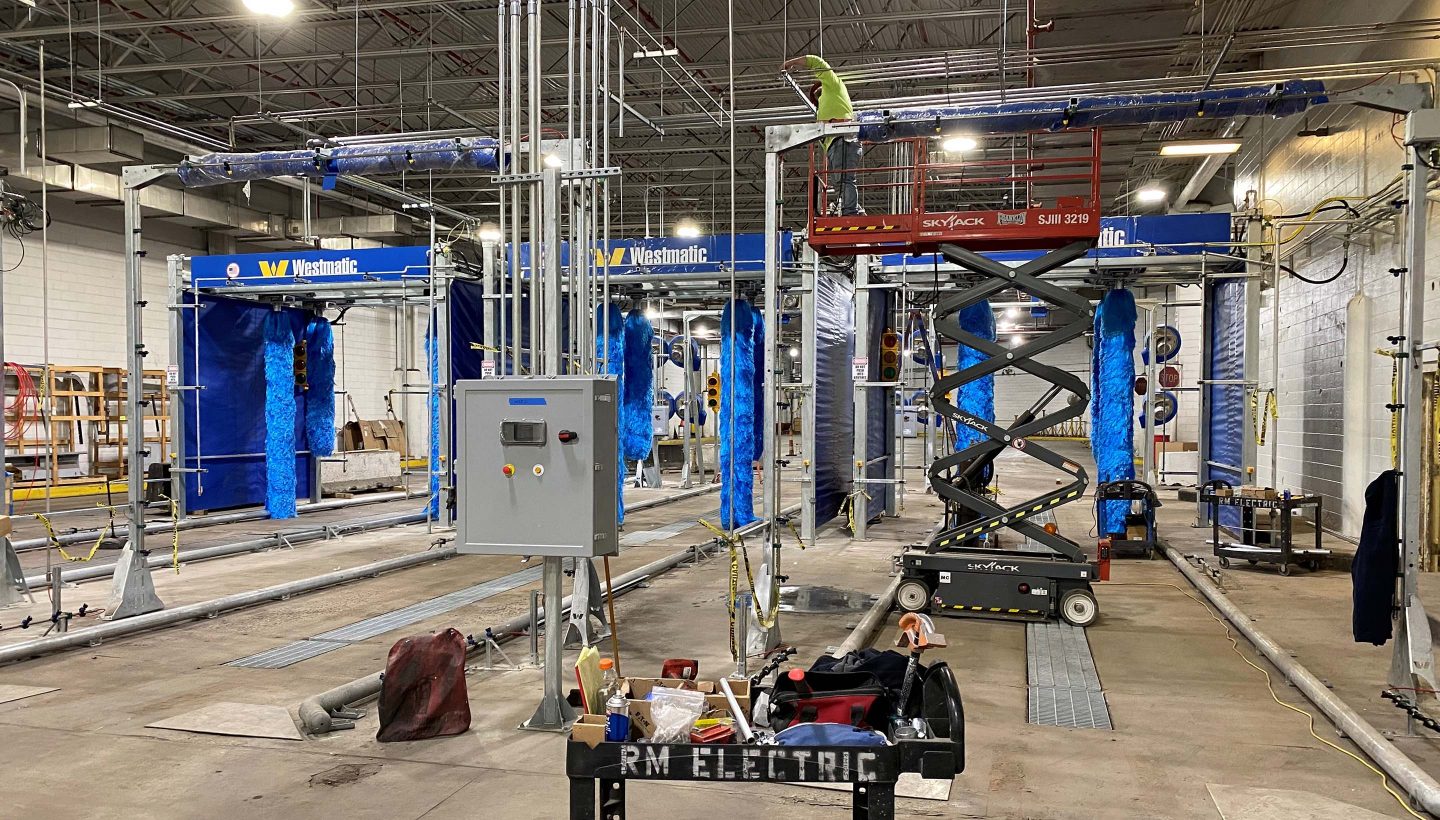 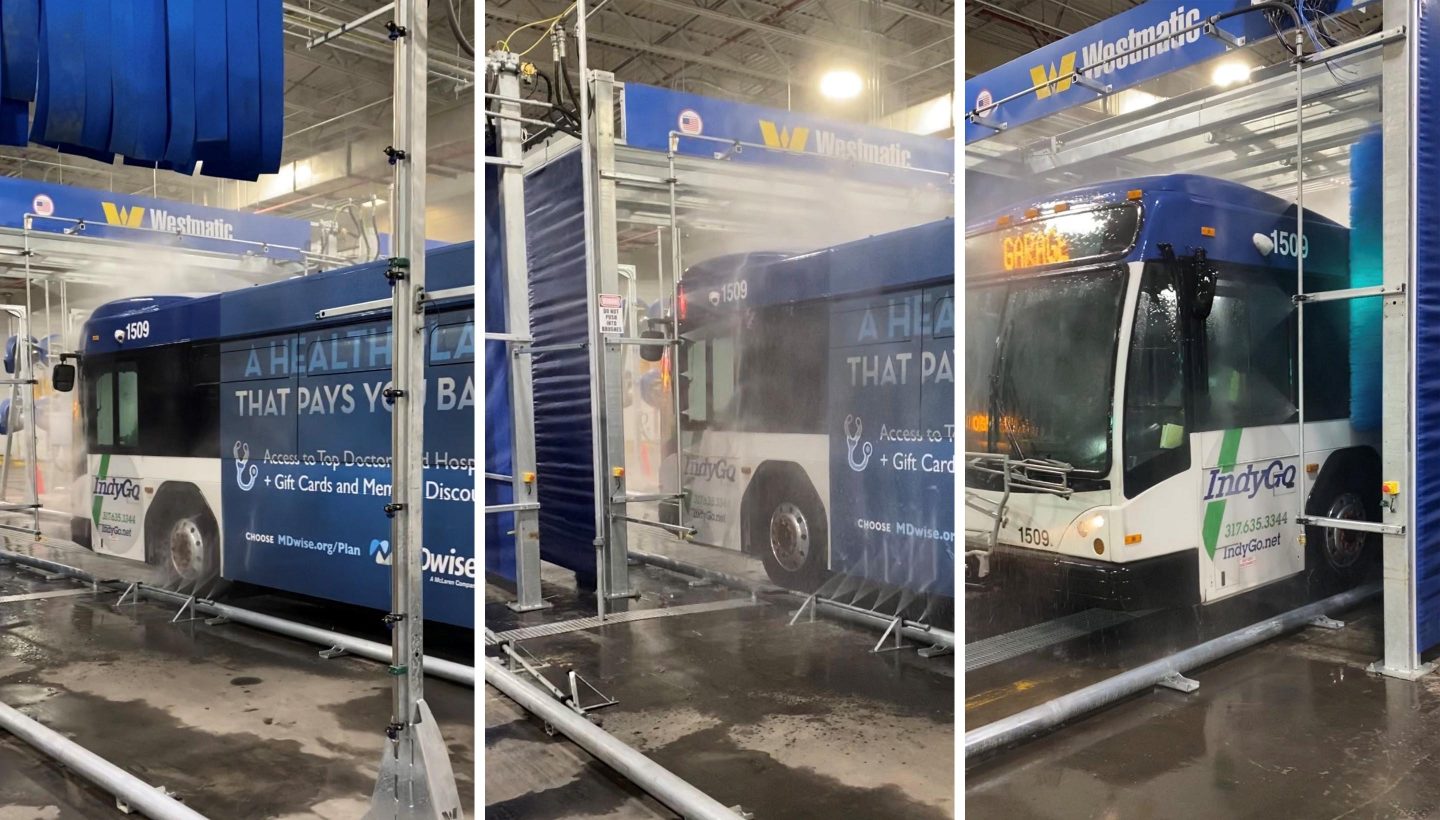 Applied has worked with IndyGo on multiple renovations and new construction projects over the past few years. Two such projects include the replacement of the existing bus wash and paint booth areas. Applied’s portion of the project included the mechanical, electrical, and plumbing system designs for both.

The existing bus wash system included two wash bays with a water treatment/recycling system. Despite being less than 15 years old, the existing bus wash was due for replacement because of chemical deterioration. The owner was interested in a simplified water treatment/recycle system using soft water only and added a third bay to handle the 60-foot articulating busses. Air dryers were added at the end of each new lane. Parts of the existing water reclamation system were reused (collection and concrete storage tanks), and existing trench drains in the floor were repaired. New electrical devices were added as part of the overall bus wash control and powered up by the existing circuits.

Renovations to the paint booth included removal of the existing paint booth and the associated make-up air and exhaust systems located on the roof above. A new paint booth able to accommodate a 60-foot bus with trollies and pass by on both sides was constructed, along with all new make-up air and exhaust systems on the roof. A new compressed air system, fire suppression system, and electrical components and connections were specified.